Ah, I saw on Facebook just now that Tarja has released her new video for "Until My Last Breath!" Totally awesome, and way better than the first video for this song.

The concept is kinda cool, I think, though I was a little taken aback at first by the whole death thing at the beginning.

I still have not received my Tarja CD from the States yet...Hopefully this week!
Posted by Allyson at Thursday, September 23, 2010 No comments:

Another gem I found on Last.fm. Well, actually this is not a gem - this is a massacre, a butchering, an abomination of probably my favourite Alice Cooper song by a now defunct Finnish metal band called Twilightning. Jesus Christ on a crutch. When I first saw this a few months ago, I was completely speechless and horrified. You just should not fuck with anything Alice as far as I'm concerned.

Here is the original:

And here is Twilightning's cover:

And holy shit - a mesh T-shirt? Are you kidding me? Hideous!
Posted by Allyson at Sunday, September 19, 2010 No comments:

Today marks the end of an era for Dream Theater and progressive metal. Drummer Mike Portnoy quit Dream Theater today Sept. 9, 2010. Mike has been with the band since their early beginnings and now the group is without a drummer for the first time in the band's history. Here is what he had to say about his decision:

"After 25 years, I have decided to leave Dream Theater," says Portnoy. "After
having had such amazing experiences playing with Hail, Transatlantic and Avenged
Sevenfold this past year, I have sadly come to the conclusion that I have
recently had more fun and better personal relations with these other projects
than I have for a while now in Dream Theater." -His Facebook page

The decision came just before the band started to record their new album in Jan. 2011 and before kicking off another world tour. You can read more about it in this article here.

Posted by Eric James at Thursday, September 09, 2010 No comments: 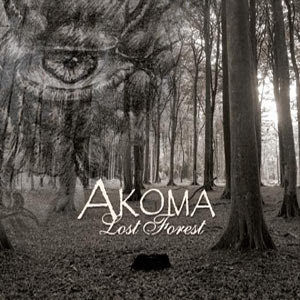 Man, do I ever love Last.fm! Today I discovered a new band there called Akoma, a Danish symphonic metal group featuring a female vocalist with a very ethereal voice and a talented group of musicians backing her.

So far, the only release available for purchase online is their 2007 EP Lost Forest. I couldn't find this anywhere online, but the band did let me know via their Facebook page that Lost Forest is available on iTunes. I also found a link the download on the US iTunes on the band's Last.fm page. Now, I have never used the iTunes store before, but because I wanted to listen to this band so badly, I signed up and downloaded the 3-track CD - for a whole $2.97CAD.

They also have a promo from 2006 entitled Angels of Revenge, but it doesn't seem available anywhere for purchase or download.

The three tracks from Lost Forest are "Lost Forest", "Running Away" (the song I initially heard on Last.fm), and "Forgotten Hero." For such a young band, the songs are mature, beautiful, and heavy. Singer Tanya Bell's vocals are so lovely to listen to, and the symphonic elements to the music add complexity and edginess to their sound.

Apparently, the band is working on new material. I am looking forward to hearing it! 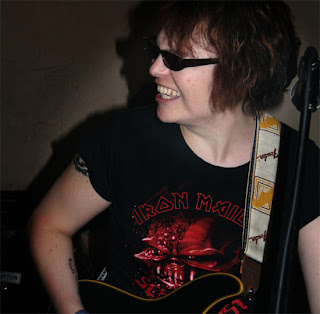 Following up on this post, I bring to you an interview conducted by The Quietus with Rev. Rachel Mann, who recently made headlines with her thoughts on Christianity and heavy metal.

The interview is here.
This is incredibly refreshing to read, and kinda helps me put a tad bit of my faith back in the Anglican Church, the church in which I was raised, then left at the age of 18. In my 30s, I worked for the Anglican Church of Canada at one of its largest retreat centres, and there I found some very forward-thinking, progressive people with views on the faith, the bible, and Christianity in general that Rachel echoes in her statements. Though I am still not involved with the church for a variety of reasons, it's heartening to read the thoughts & opinions of people like Rachel, and I think her speaking out was a very brave act and I hope it helps bring the church out of the dark ages.
* photo swiped from The Quietus
Posted by Allyson at Saturday, September 04, 2010 1 comment:

It seems that a lot of stuff is coming out on Sept. 14: Tarja, Liv, and Linkin Park's A Thousand Suns. I made an iffy comment about LP's single "The Catalyst" here, but now they have a second song streaming, called "Wretches and Kings." You can listen to it here.

I like it WAY more than "The Catalyst" I have to say. I am all of a sudden looking forward to this album more!

Posted by Allyson at Friday, September 03, 2010 No comments:

A headline on Blabbermouth just now caught my attention with its touting of an all-female metal band from Sweden.

The members of Frantic Amber hail from Sweden, Norway, Denmark, and Japan, and apparently they are gaining popularity.

Here is a video for you to sample:


OK. Not bad music, but as I was just discussing with Eric a couple of days ago, I am not a fan of death metal growling and am getting a little sick of hearing it almost everywhere these days. I will say, though, that this vocalist, Elizabeth, actually has growls which I can actually understand what she is "singing," and I do see from their MySpace page that there are clean vocals involved in the album, too - which sounds promising to me.

Still, this band has way more personality, from what I can see in one video, than say...oh, I don't know...Indica. I mean, check out their headbanging! Despite my issues with the vocal style, I am curious to see where these young women are headed and wish them the best of luck. We need more all-girl bands in metal! I really like these videos that show the band behind the scenes and just acting natural, hanging out, and having a good time.

Leaves' Eyes is apparently opening for Kamelot on their upcoming North American tour. I might have to see if they're coming to Vancouver or Calgary, because I'd pay the money just to see Leaves' Eyes!

Edit @ 6:28pm: Well, no Leaves' Eyes for me. I just checked out Kamelot's tour schedule & the only Canadian shows they're playing are in Toronto & Montreal. How typical!
Posted by Allyson at Wednesday, September 01, 2010 5 comments: