DVD Review: Act I by Tarja 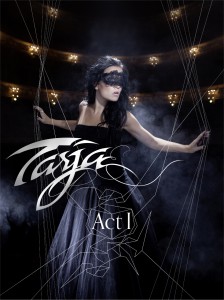 Act I the first live rock DVD of Tarja's solo career was released on 24th August. Tarja chose Teatro El Circulo in Rosario, Argentina as place where 2 concerts were filmed.

When Tarja announced that she is going to release live DVD and CD I had mixed feelings. On the one hand I was looking forward to it, since Tarja's concerts are always full of energy and her band members are great performers, on the other hand I was afraid  a bit how it will turn out. Lately I realised I'm no more a big fan of Tarja's live vocals. I really enjoy her vocals on CD but when it comes to her live performance I struggle to be able to enjoy it. And it's not only her weird pronunciation that bugs me. So when I received my copy of DVD I didn't have very high expectations.

My first thought when I looked at the cover art work was: "What the hell are these strings doing there? They're just ruining it!" Also shall I mention Tarja's boring facial expressions and never ending pouting? Come on Tarja, you are so beautiful and yet you manage to look so bad sometimes. Like on most of your promo photos. But apart from that the booklet is nice and simple.

But back on topic now. I paid £11 for my DVD and I think it is a really good bargain. Basically we get 2 concerts, photo gallery from fans and band members, some interviews with Tarja and band member and also the video "Into the Sun".

The choice of songs on DVD 1 is quite obvious. Songs, such as "Anteroom of Death", "I Walk Alone", "Nemo" and "Die Alive" just to name few, are the most popular ones and can't be missing on the setlist.
Also the iconic "The Phantom of the Opera" is present here with Diego Valdez's vocals. I must admit I didn't like him as Phantom. But to be really honest, I am tired of this song. Another song I was a little bit disappointed with is "Nemo". This song sounds bad live. It doesn't matter, whether she sang it in 2004 or 2012. I wish Tarja would choose other song from her Nightwish's days. Be it "Stargazer" or "Bless the Child" since she performed both during her final tour shows. But I understand that "Nemo" is a must. You will see how the audience goes wild when they hear the first tones of this song.
The rest of the songs sound good. Tarja sang her standard and 2 new songs from the forthcoming album "Never Enough" and "Into the Sun" are received by the audience very well. Especially "Never Enough" is very good, energic live song. 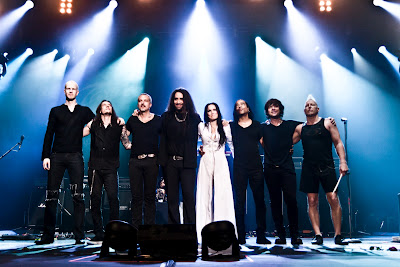 All in all this DVD was worth my £11.(Although while watching the DVD on my TV I got headache because of the horrible audio. I still don't think that mess was caused by my TV or DVD player and I know I said I want my money back, but hey, I changed my mind.). Teatro El Circulo is very beautiful. The light and laser show helps to underline the emotions of each song and together with amazing audience create a great experience that makes you to want to go to one of Tarja's concerts.
Also I can't forget to mention Tarja's band. Their performance was great. Energic running from side to side, interacting with the audience. It was a real joy watching these guys - Alex Schlopp, Kevin Chown, Christian Kretschmar, Mike Terrana, Max Lilja, Doug Wimbish and Julian Barrett - play.
Posted by Lizzie at Saturday, September 15, 2012 1 comment:

Come Cover Me: Paradise by Within Temptation

Recently, Within Temptation did a cover of British rock band Coldplay's hit single "Paradise" to promote  their special 15 year anniversary show - Elements. The show will take place in Sportpaleis Antwerpen, Belgium on 13 november.

A Bit of Fun

I came across this one a couple of days ago. I really like it! 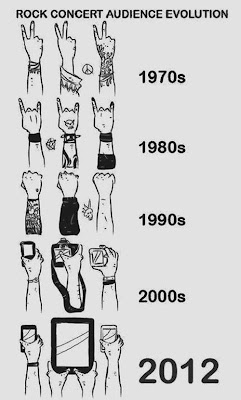