Merry Christmas everyone. Hope you all will have a great time and loads of presents! 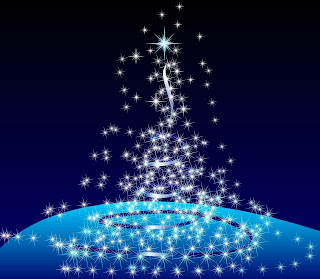 Katatonia has always been on my ‘must see list'. Swedish alternative metal band performed on 10 December at O2 Islington Academy in London. I’ve been Katatonia’s fan since 2006, when I accidentally discovered them on MySpace.The first song I heard was ‘Dissolving Bonds’ and still remains one of my favourite Katatonia’s songs. 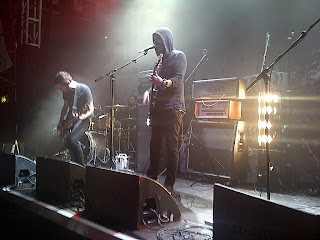 I have never heard of Katatonia’s support bands before. American rockers Junius were first to go on the stage and played 6 songs. I was positively surprised by this band and already ordered their latest album 'Reports From the Threshold of Death'. The only little disappointment was the inability to hear Joseph properly. Guitars and drums were too loud. So thanks to Junius and my own idiocy it's still ringing in my left ear. And I'm writing this after 10 days.  Here's my favourite song 'Betray the Grave'. 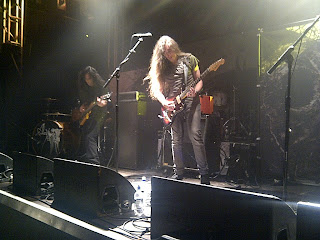 About 15 minutes later French Alcest were ready to play. Again, I had no idea what to expect from them and when 2 girls standing next to me asked if I don't mind to swop my place with them because they want to see Neige better, I didn't object. As Junius also Alcest played 6 songs and after 30 minutes they packed their stuff and left the stage. I must admit their songs didn't really make a big impression on me and the only song I checked later on is 'Percées De Lumière’. 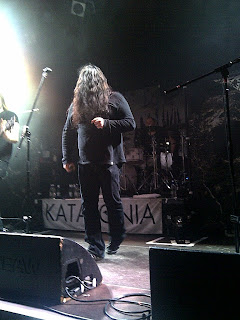 As girls promised after Alcest finished, we swopped our places again. About 21:20 Katatonia came on the stage. They started with the song 'The Parting' from their latest album 'Dead End Kings'. I didn't check their setlist on setlist.fm so I had no idea, which songs will be performed that night. To my pleasure, boys didn't forget that they released some albums 8 years ago, as some bands play songs from their last 3 or 4 albums only, sometimes not even that, and included songs from almost every album they have released so far. Jonas sounded great the entire gig. Also I could hear him much better than Joseph and Neige. I was really surprised that although being on tour since November and playing almost 2 month in row, Jonas sounded exactly like on the CDs. A huge thumbs up from me, for sure. Anders, Per and Niklas were running around like mad. So good to see everyone had a blast. The highlights of the evening were my all-time favourite songs 'Omerta', 'Ghost Of the Sun' and 'Strained'. 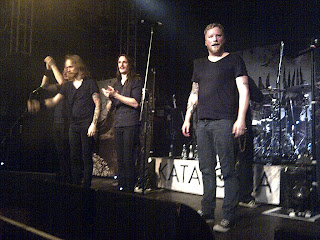 All in all, it was a bloody brilliant night. Before I left my house I read on FB that the gig was officially sold out. Although, sold out means only 220 'people in the house, in this case it felt like there were thousands of us. Thank You Katatonia for great evening and see you as soon as possible!

Posted by Lizzie at Thursday, December 20, 2012 No comments: