Within Temptation ft Tarja - Paradise (What About Us?) single out now

Today, Within Temptation released an official video for their new single Paradise (What About Us?). 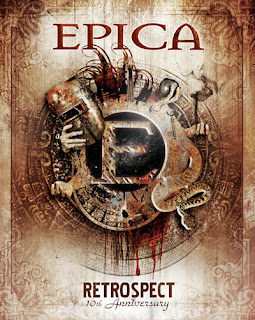 Retrospect was filmed to celebrate band's 10th anniversary. The concert was recorded on March 23rd in Eindhoven, the Netherlands and consisted of a 70 piece orchestra, acrobats, special effects, former band members Ad Sluijter, Yves Huts and Jeoren Simons and guest vocalist Floor Jansen. Band introduced new song called "Retrospect" and played "Twin Flames" from "The Requiem for the Indifferent" for the first time.

The DVD will be released as 2DVD/3CD and 2Blu-ray/3CD version. Also there will be exclusive interviews with band members and behind the scenes footage from the show.

Posted by Lizzie at Tuesday, September 24, 2013 No comments: 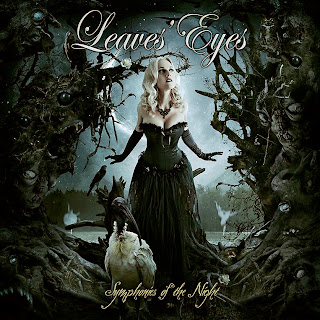 Recently, Leave's Eyes announced that their 5th studio album ''Symphonies of the Night" is mixed, mastered and ready for release. According to their own words: ''Expect this album to be the heaviest and most epic LEAVES' EYES experience to date: it will haunt you, even in your dreams''.

Within Temptation's new single Paradise (What About Us?) 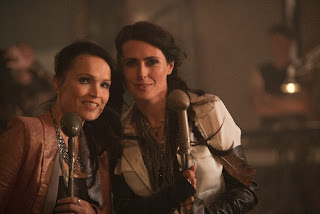 On September 27th, Within Temptation will release new single 'Paradise (What About Us?) featuring Tarja Turunen as a guest vocalist.

'Paradise (What About Us?) will be released as an EP, containing four new songs. The songs are 'Paradise (what About Us?), demo versions of  three brand new songs 'Let Us Burn', 'Dog Days' and 'Silver Moonlight'. 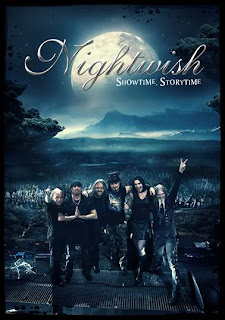 As Tuomas explained. The DVD was supposed to be only a tour documentary but Nuclear Blast came up with the idea of adding a live concert. Read bit more here.

Sadly, Anette will not be featured on this DVD. Here is the explanation from the DVD director:

Hello everyone,
We began shooting the Nightwish Imaginaerum - world tour documentary in January 2012. The shootings continued all the way until August 2013, so we ended up having tons of material from the tour. The material included, among other things, concerts, rehearsals and interviews from all the members of the band. The editing process of the documentary started already in early 2012.

However, in the beginning of March 2013 we received a message insisting that no visual (moving or still) nor any audio featuring Anette Olzon can be used on the dvd, this being her personal request.

This meant that we had to go back to the very beginning of the editing process. We respect her wish, and that's why Anette will unfortunately not be seen or heard on the "Showtime, Storytime" - dvd.


Anette made a comment on this issue as well:

Regarding the documentary- yes, I decided not to be a part of it since I no longer are in the band and therefore didn't have any influence on my participation in it which on the other hand the 4 remaining members had. Therefore it's better for me to not be in it to avoid any disappointments in either direction.

CD Review: Colours In the Dark by Tarja 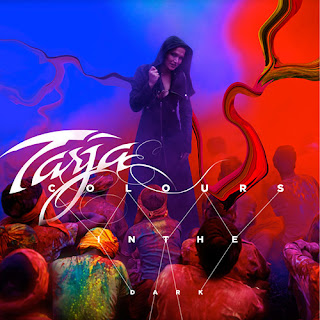 After 3 years of waiting, Tarja released her new album 'Colours In the Dark' in August/September. Before the release of the album, Tarja teased us with lyric video 'Never Enough'  and official first single 'Victim of Ritual', which was released in July.

Personally, I'm not really surprised with the direction of Tarja's new album. In many interview Tarja anticipated, that her main influences were film soundtracks and American heavy metal. Although, the album has only 10 tracks, it doesn't seem to be necessarily a bad thing as some fans were complaining. Most of the songs are longer than 5 minutes anyway.

The album's opener is also the first single 'Victim of Ritual' which immediately reminded me of  'Anteroom of Death' from her second album 'What Lies Beneath'. Followed by '500 Letters', which is supposed to be the second single released sometime in September. This song is really catchy and is about Tarja's obsessives fans. I like this song along with more atmospheric 'Lucid Dreamer', which features Tarja's daughter Naomi, 'Mystique Voyage', where Tarja sings in 3 different languages. My personal highlight of the album is 'Deliverance'. A perfect combo of all Tarja's favourite musical styles which blend in together very nicely. 'Never Enough' and 'Neverlight' are the heaviest songs on the album and definitely bear the 'stamp' of American heavy metal which Tarja is so fond of. As with the previous 2 albums, Tarja decided to make another cover. 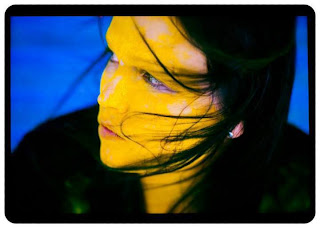 This time it is Peter Gabriel's 'Darkness', which along with the ballad 'Until Silence' are 2 songs which I tried to like, but failed to do so. Maybe they need even more time to grow on me, but in the case of  'Until Silence' it's not only the lyrics, which I find rather repetitive and boring, but the song itself sounds a bit dull to me. The last song of the album is a duet 'Medusa' featuring Justin Furstenfeld know as the lead singer of the rock band Blue October.

Since I bought the deluxe version I received a one off download code for the bonus track 'Into the Silence'. When Tarja played this song for the first time during her 'What Lies Beneath World Tour' I wasn't really impressed with this song. I liked 'Never Enough' more. But this studio version not only has new intro added but also the middle part is changed and it became on of my favourite songs of 'Colours In the Dark'. I consider it to be one of her best ballads.

So to say at last. To me 'Colours In the Dark' is a very big step forward. It seems like Tarja found herself a style which she shines in and also record company, which helps her to improve and evolve. Also, I must not forget to mention booklet. If you can, buy the CD because the photos are just stunning! Tarja looks beautiful, relaxed and so natural. I always complain about her official photos, because she pulls horrible faces but these are just great. And if I ever get a chance to see her live, I will definitely go. Even though, her accent still bothers me a lot.

To find tour dates check here. If you haven't ordered your copy yet, do it here.