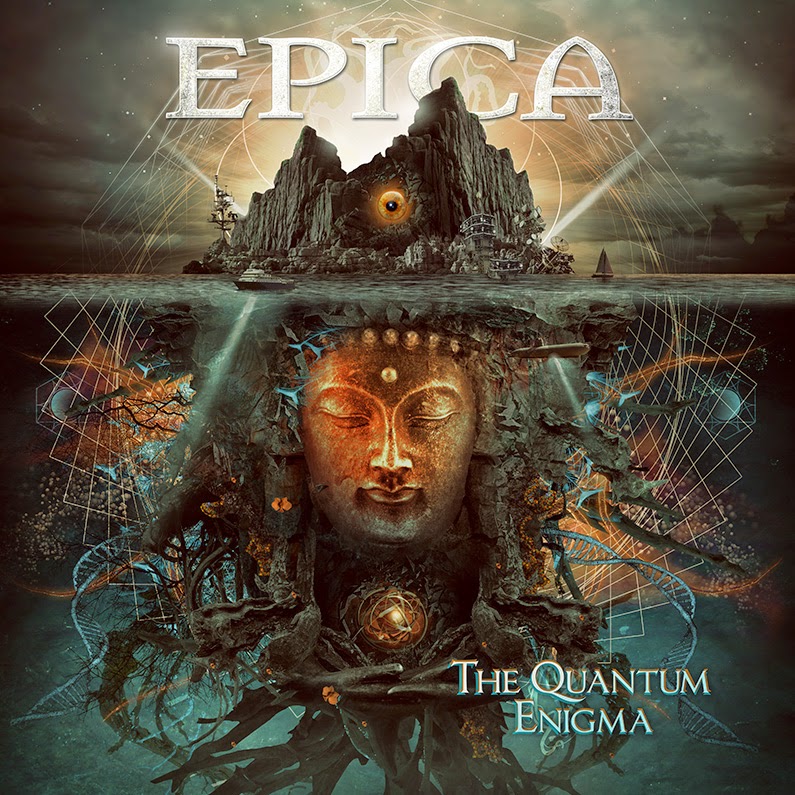 The Quantum Engima Epica's sixth studio album was released on 2 May 2014. This album features new bass player Rob van der Loo, who replaced Yves Huts. So far two singles have been released "The Essence of Silence" and "Unchain Utopia".

To be honest, I have never been into Epica mainly because of Mark Jansen's grunts, screams, his overall attitude and Simone's vocals. The couple of songs I checked online, be it studio versions or live recordings, left me uninterested. But it all changed after listening to The Quantum Enigma. The album might be catchy, but still it maintains quite heavy sound.

The opening track "Origiem" is instrumental song with only singing choir provides listener with a great taste of what's coming next. The powerful choir and orchestra work perfect along the rest of the band on every song. I always have the feeling that, the orchestra and choir give the extra spice to the songs and don't overshadow them.  Another thing I like about The Quantum Enigma is the unpredictability of songs' structures in e.g. "Omen" or "Unchain Utopia". Just because some songs begin with blast, it doesn't mean, that there won't be some twist coming a bit later on and vice versa. Even though Mark's grunts are present on almost all of the songs I find them not so "disturbing" as I expected them to be. And because in my opinion Mark's grunts are used quite sensibly and in places where the songs only benefit from them, I don't find the grunts annoying at all. And I say this as a person, who usually avoid songs with grunts, screams and other  "acrobatic vocal performances".

'Shine' is the first solo album of former Nightwish singer Anette Olzon. Although, the album was release in  March, the composing and recording of some of the songs date back to 2009. It was after DPP world tour when Anette announced, that she's working on her solo album. But due to her second pregnancy, the release of the album was postponed. 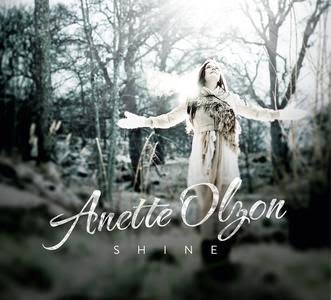 Prior to the album release, we got a tease in form of lyric video of 'Falling', followed by first single 'Lies'. Although 'Lies' and 'Falling' have rock sound, don't be fooled. 'Shine' mostly consists of ballads and slow songs. Songs that definitely let Anette 'shine' and you can tell, that this is her comfort zone.

One thing that was a big surprise and a let down for me was the fact, that five out of ten songs were already played live or shared as demos. 'Floating', 'Invincible' and 'Falling' were shared with us on Anette's Myspace page. Although in form of demos, I dare to say that very little has change since 2009 when it comes to these three songs.  Other two 'Watching Me From Afar' and 'Like A Show Inside My Head' were performed live shortly after Anette's departure from Nightwish. 'One Million Faces' was written by Martijn Spierenburg known as a keyboard player in Within Temptation.

My second complain, and this is only my personal opinion, is a lack of challenging songs. Yes, Anette sounds very good on all of the songs, but most of them are just plain, sometimes boring songs, that you know right from the beginning what you're getting. An element of surprise is missing. I personally call 'Shine' a chill out album. Nice enough but not something I would expect after so many years of 'making' it. 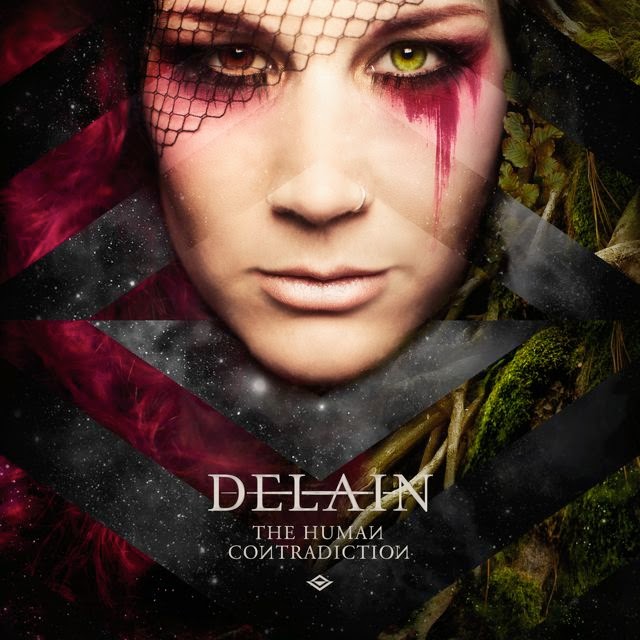 Dutch symphonic metal band Delain released their fourth studio album 'The Human Contradiction' on 4th April. According to lead singer Charlotte Wessels, who is also responsible for all the lyrics on this album, the album's title was inspired by Octavia E. Butler's science fiction trilogy 'Lillith's Brood'.

In all honesty, I never really cared for Delain. I knew they existed because of their collaboration with Marco Hietala from Nightwish, but their previous work failed to grab my attention. It wasn't until I read mostly positive reviews that I decided to give their new album a shot. To my biggest surprise, I ended up being hooked right from the very first tunes of 'Here Comes the Vultures'. And this 'being hooked' state of mine continued throughout the entire album. The songs have catchy melodies indeed, but I never felt that the 'catchiness' is forced or calculated. Again, we have the pleasure to hear Marco Hietala on two songs 'Your Body is a Battleground' and 'Sing to Me', which also belong to my favourite songs. Another two guests, George Oostheok (ex-Orphanage) and Alissa White-Gluz (Arch Enemy, ex-The Agonist), provide growls to songs 'Tell Me, Mechanist' and  'The Tragedy of the Commons'.

After a couple of spins I can definitely say, that 'The Human Contradiction' is on my list of favourite albums of this year. I even learnt to appreciate Charlotte's vocals more than ever before. I believe it's time to give Delain another try and listen to their other three albums again. 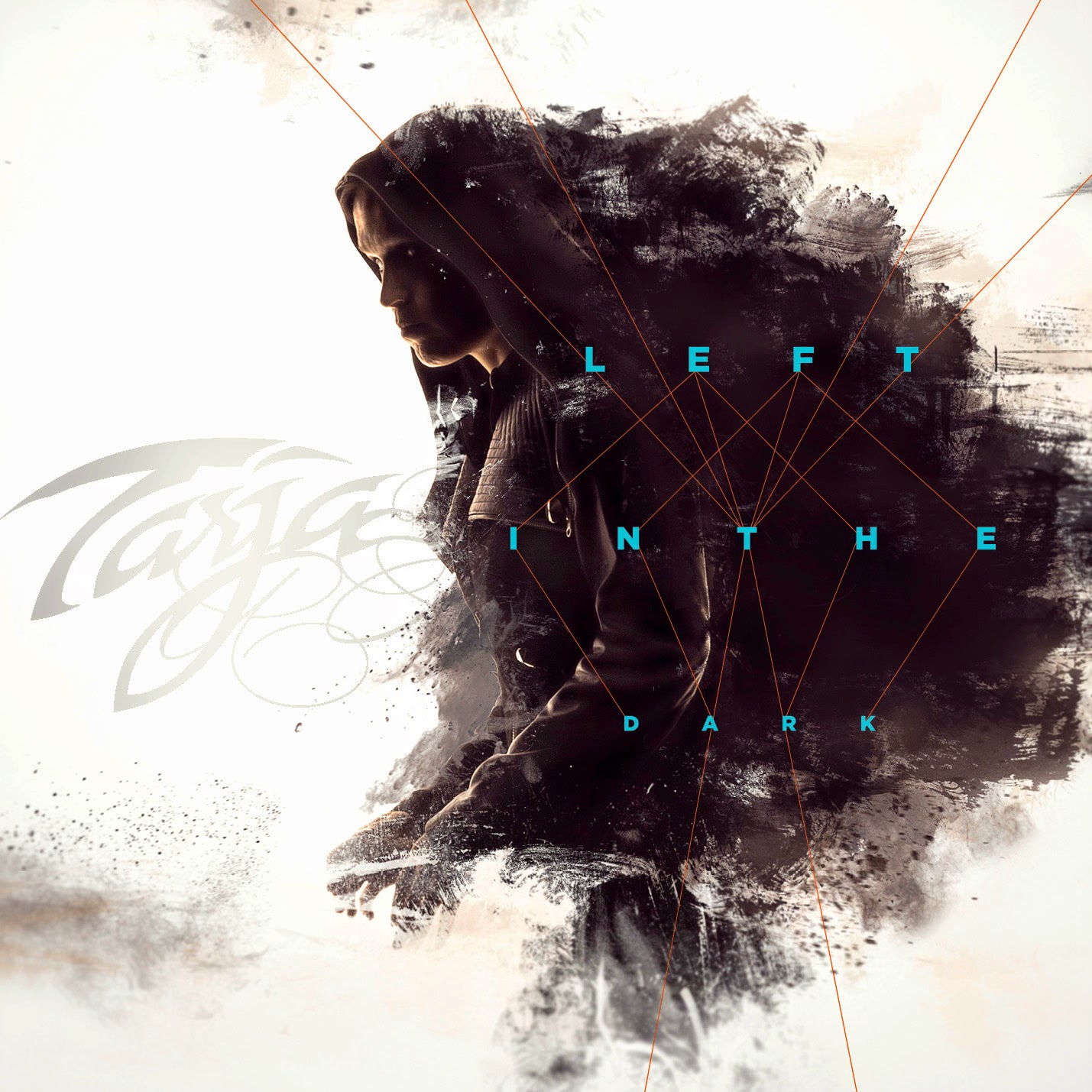 While we're waiting for Tarja's new rock album, which she is already recording, we get the chance to buy new album 'Left in the Dark'.The title of the album may sound familiar to you. Basically, we get previously unreleased material such as demos, instrumental versions, live acoustic radio recordings and B-sides from 'Colours in the Dark'.

Time to come back

Just like Canuck, I will also try to update this blog more often. I'll start with my reviews of Epica's, Delain's, Anette Olzon's and Tuomas Holopainen's new albums. I know. I am way too late for the party, but still I want to do it. So bear with me, please.
Posted by Lizzie at Friday, July 18, 2014 No comments: